Because I will get my M3 DS Simply in some days and I am really felt in love with all the great homebrew that was released the days. I thought it would be helpful to have a nice tool to patch this apps for my M3. Chrishm build a great way to give the homebrew developers the opportunity to distribute their apps for as many homebrew devices a possible. He released the Dynamically Linkable Disc Interface that allows people to patch new interfaces for their disc devices into existing applications, provided they were built with DLDI support. dlditool is a command-line-tool to patch the homebrew-apps with the needed device support.

I don’t like to use the terminal for every homebrew I want to test so I decided to develop a little droplet application for Mac OS that could sit in your Dock or your Finder toolbar. You drop the homebrew on it and get a list of devices to patch the homebrew for, choose one and done. You could copy the patched app to your card.

So I build an small Xcode-Applescript project. I did some applescript, compiled dlditool 1.23 as an Universal build and included it. I also included the devices patches and I done a nice icon and now here is DLDI Dropâ€. Have fun!

PS: I want thank Chrishm to let me included dlditool and the patches into my app. 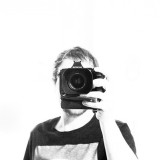